I’ve watched this video a couple times now and I can’t help but feel the need to share it. I normally shy away from 65 minute videos, but for some reason I clicked play and paid attention.

This, apparently, is Bengt Robbert interviewed by Adam Abraham. My understanding is that Bengt is involved with the ORMUS community in some way and has links to “the spice”, but I don’t know what company it is that produces that product. I’m this was an interview rather than in infomercial!

This interview shows a level of understanding with regards to alchemical processes that remove the mystery from studying nature and exploring our relationship in nature. It makes Bengt’s friend’s discoveries personable. You can actually believe that he’s experienced what he states. This is good.

If you’ve followed the ORMUS community and feel less than excited about how they share their information, this might change your point of view.

I believe what sold me on the video and kept me involved was the early conversation about How to Think. I love the application of mathematical concepts with the process of living. Science should enhance life. This guy makes you feel like YOU could actually have a chance at enhancing your own life through some really simple process – through intention.

Pay close attention to the four levels that he talks about in the first few minutes.

This section shows the deep commitment Bengt has made towards understanding how to be. I particularly like this phrase: “The intention to be causative yields enlightenment.”

If you’ve got an hour or two, meet Bengt Robbert. 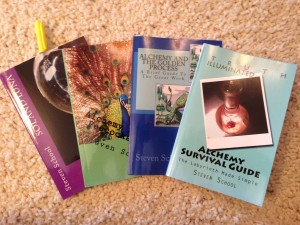