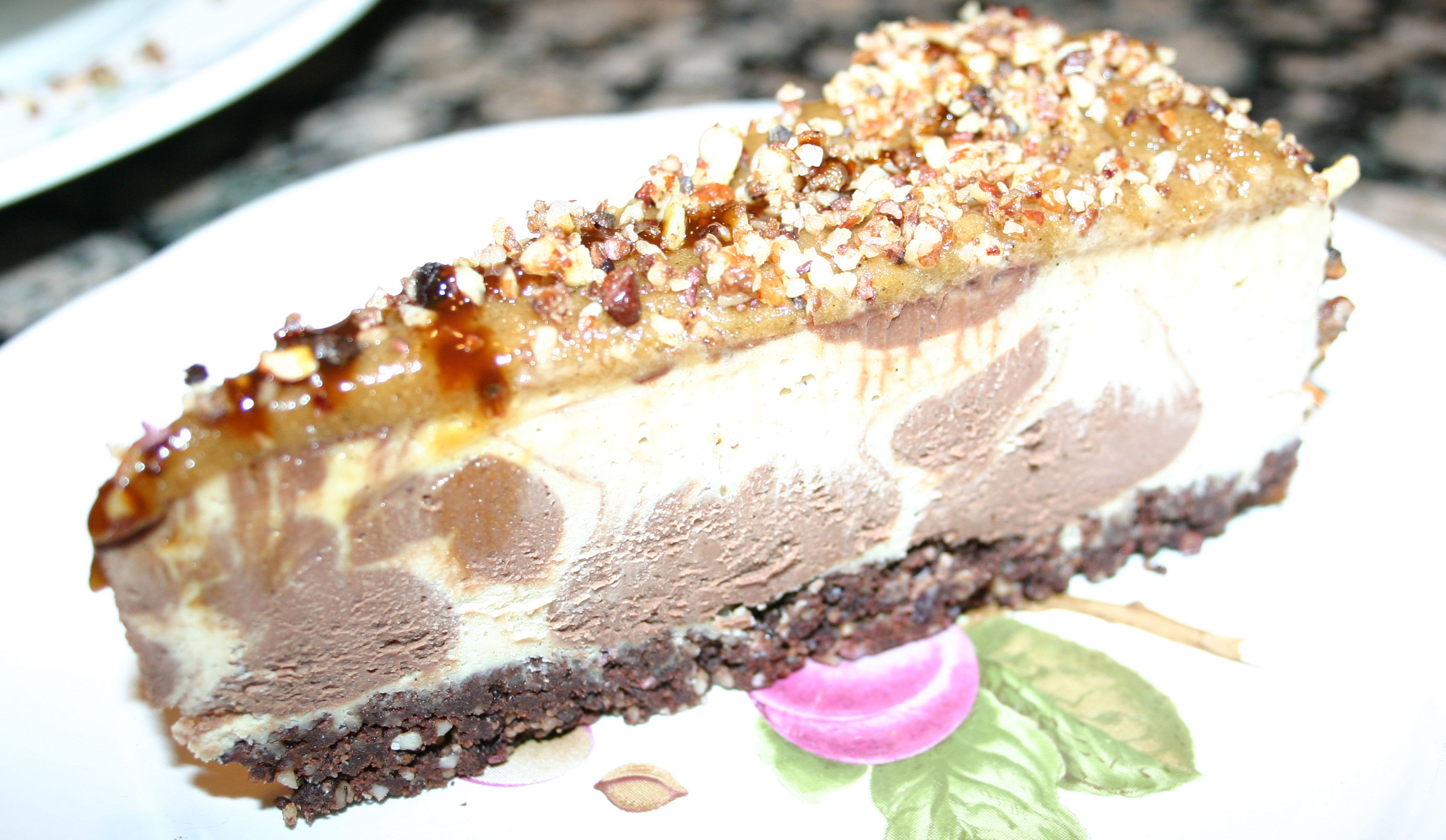 Doesn’t that look good? I’ve wanted to make this cheese-less Cheesecake for a long time. The first time I saw the picture in Sweet Gratitude I was sold for I LOVE caramel. And the picture they show has a light caramel top with chopped nuts and cacao nibs over a creamy ½ chocolate filling with a dark crust, that all looks like heaven on earth.

That slice looks really close to what they published!

I have to say that I love the swirling technique that they introduced me to the book. Under that ‘caramel topping’ it looks like this: 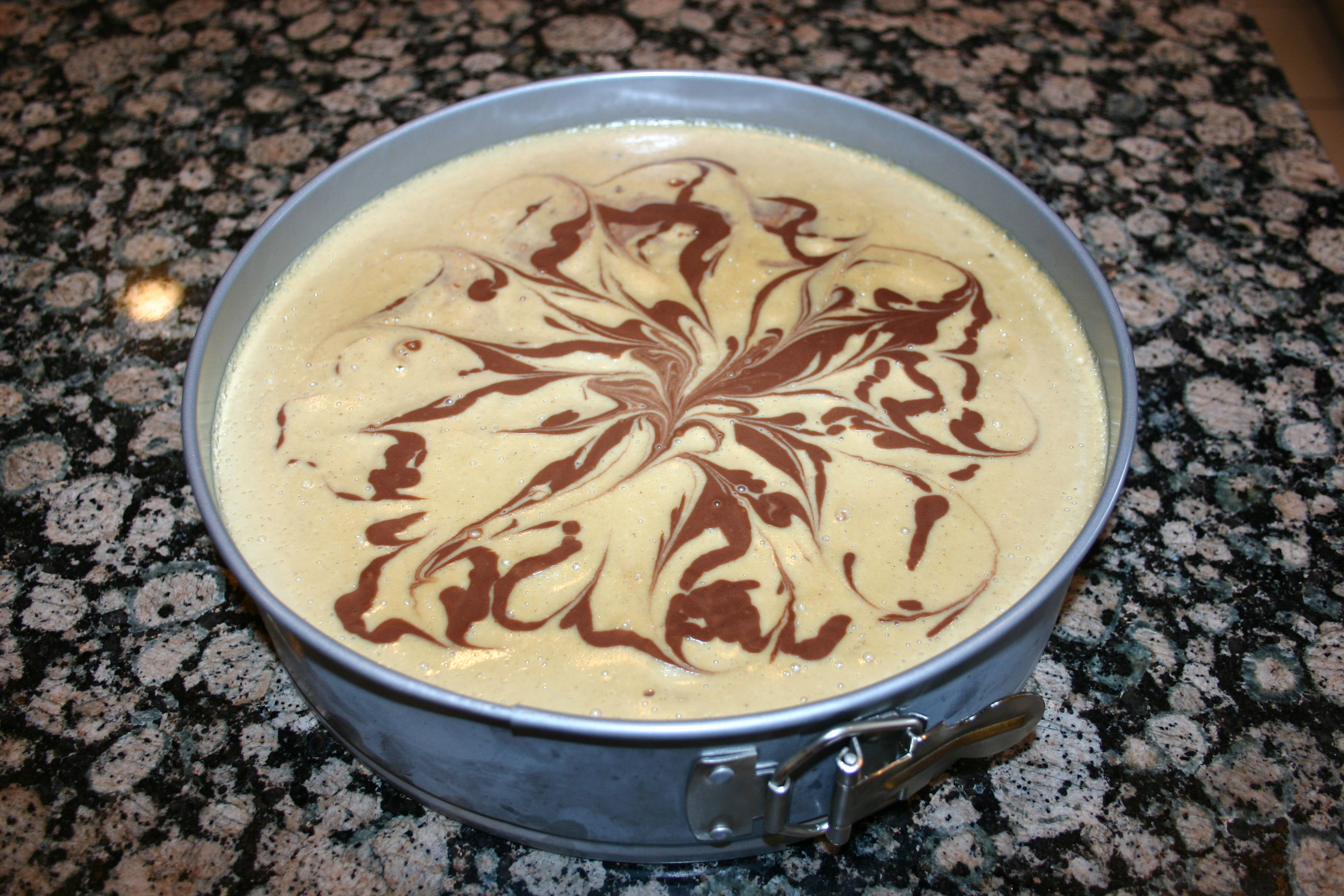 The book that I go this out of is:

Chapter 4, which is all about cheese-less Cheesecakes has a short write-up about how to make the swirl. What it really comes down to is mixing up two contrasting colors (white and black) from the same material. The main ingredients made about seven cups cake batter, and you pour in all but two cups. To that, you add cacao to give it a deep dark color and then pour it in. If you hold the blender high enough above the pie, the falling batter will penetrate what’s already there. As the stream tapers down, you get a light drizzle across the top. Then, you put your magic chopsticks to work – not overdoing it so it doesn’t mix all together (thus losing the contrast).

I had to take this before finishing things up. It looked great event without the topping.

The final result looks like a party! A big party. 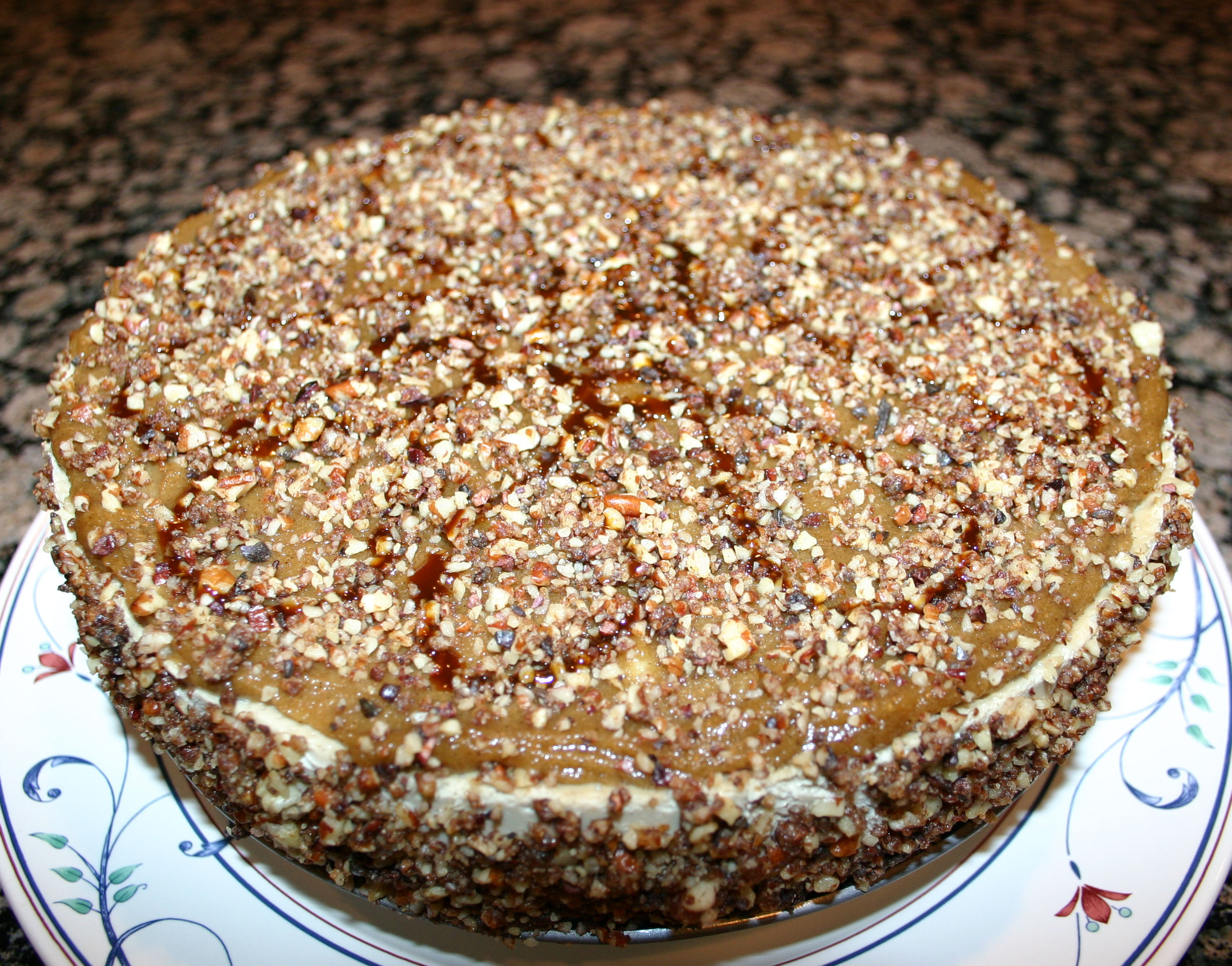 If I could talk to the authors, I’d have them clarify a little about this recipe for anyone else taking the bold steps to put it together. Specifically:

No, not that it will take you two days, but in order to really do what they outline, you have to let the cake setup. Ultimately, you’ve got to take it out of the form to spread pecans around the outside. To take it out of the case, you’ve got to let it set for hours. Well, that normally takes overnight (unless you know some magic that I don’t). I wish I’d thought more about that before starting this ‘project’ because I really like deserts that I can whip up on less than an hour.

Also, I wish they’d created recipes for 7 inch cheesecake forms rather than 10. Ten inch pies are for the diehards that need to eat more than what’s humanly possible. If they keep for three days, I’d be eating slices for breakfast, lunch, dinner and snacks in between!

Ultimately, if you love nuts, you’ll love this desert.